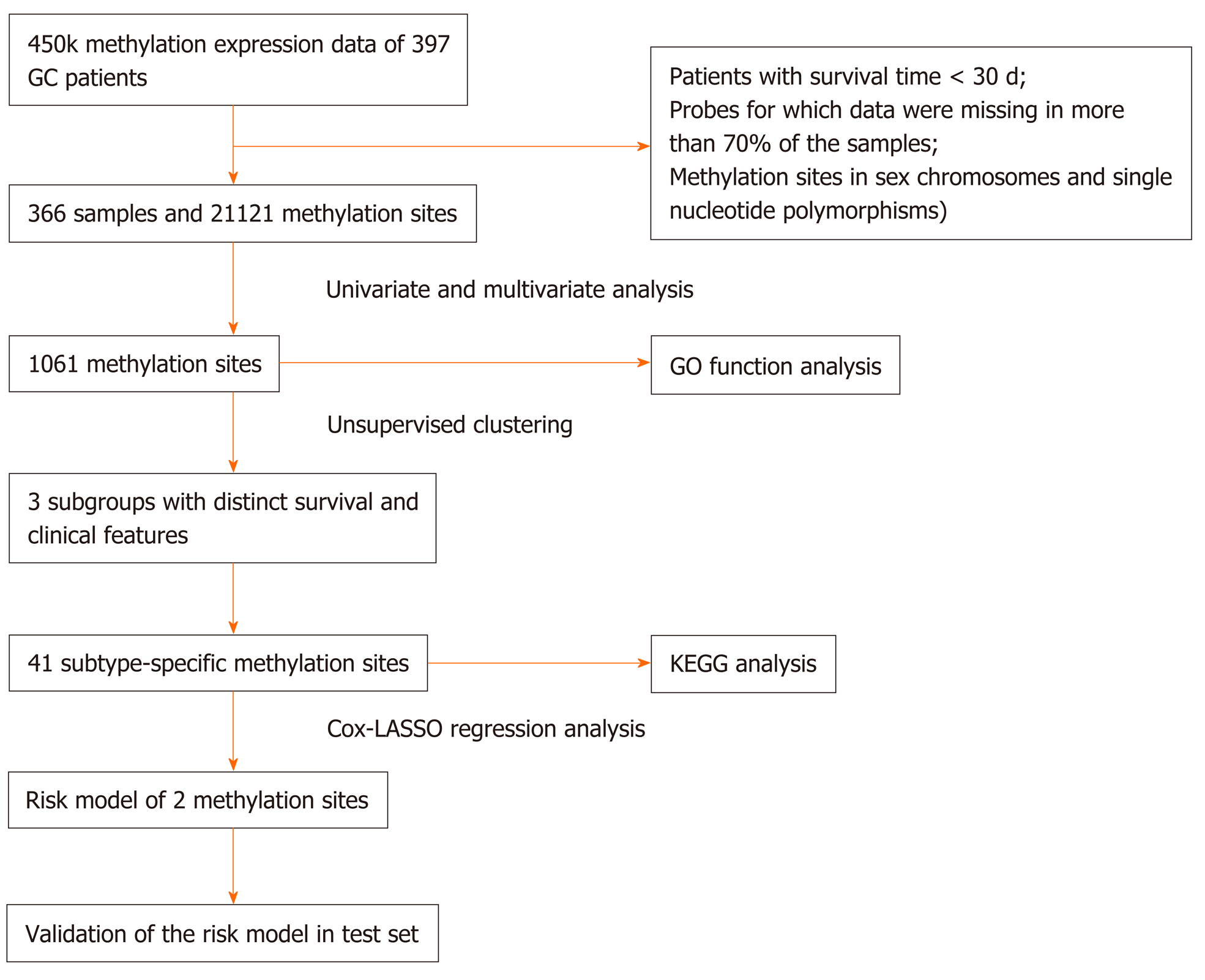 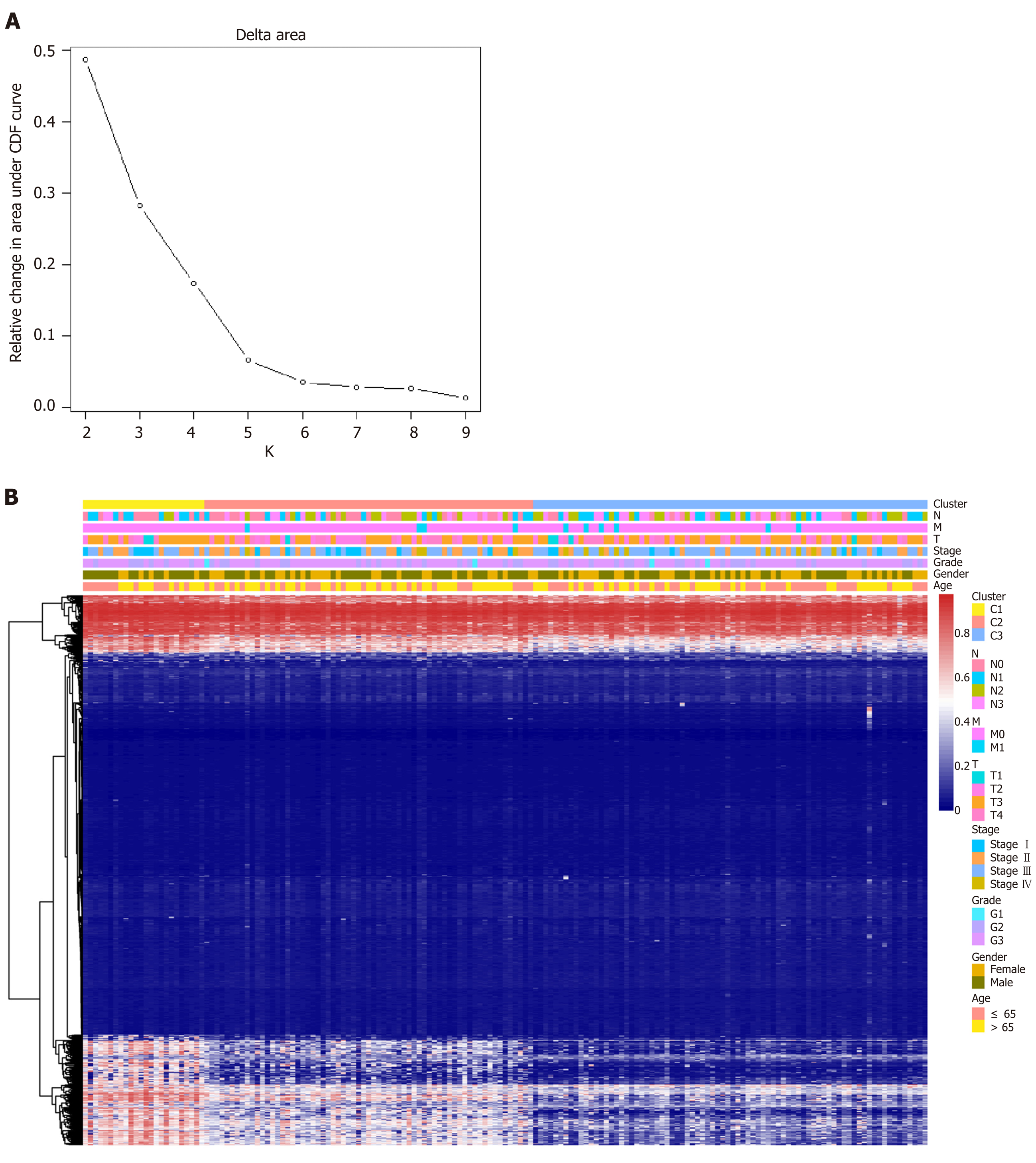 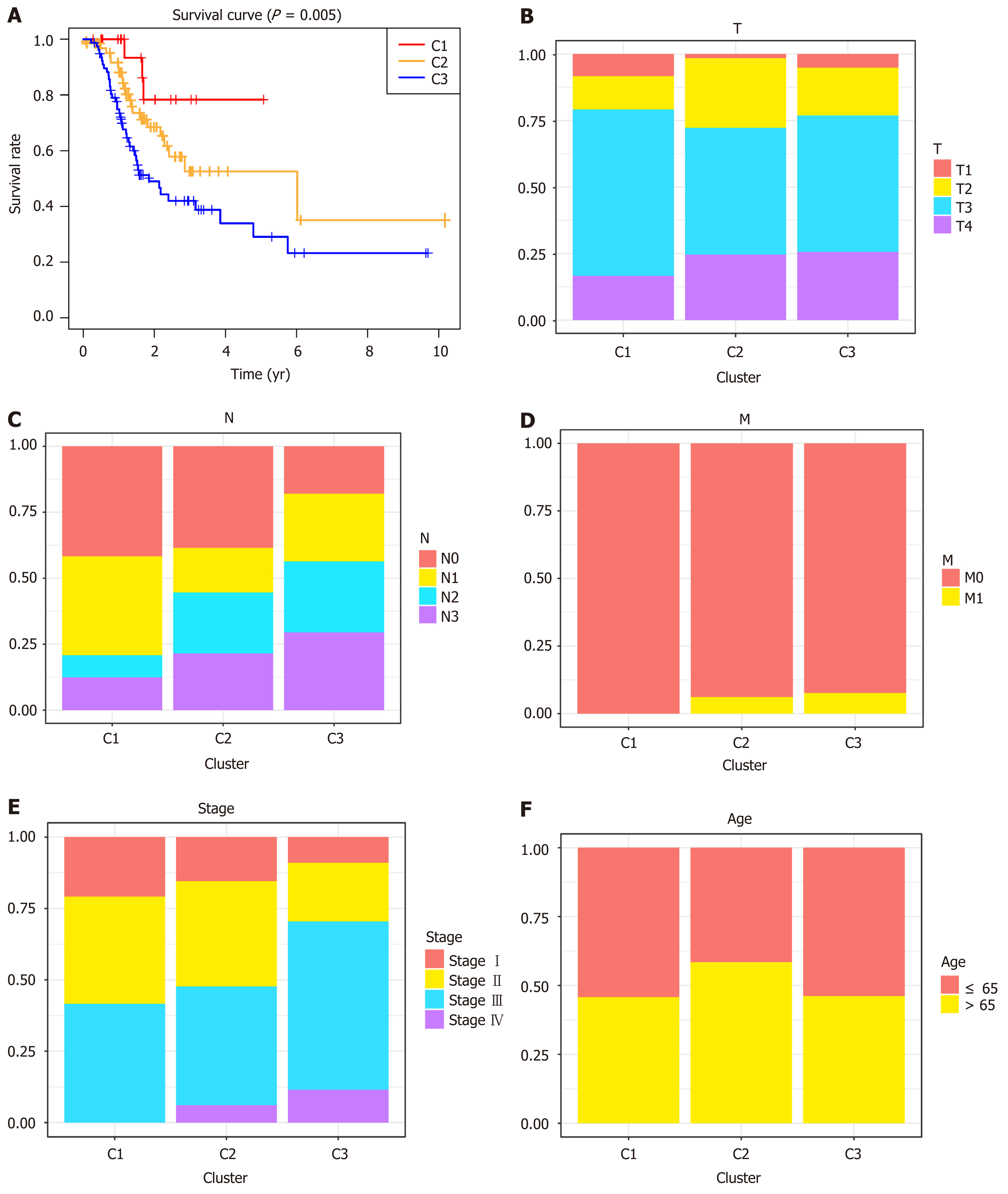 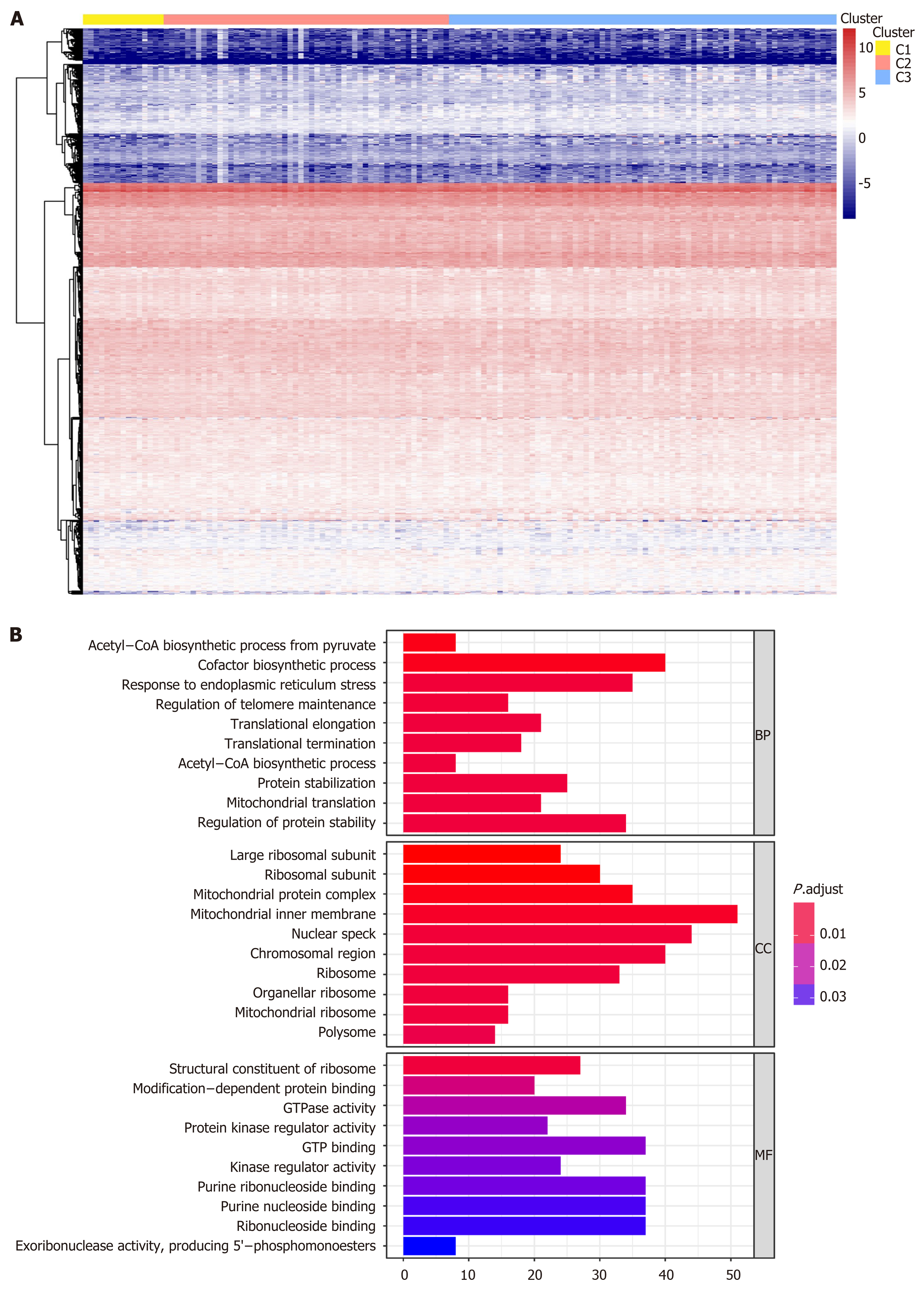 Figure 5 Differential analysis of CpG sites for each deoxyribonucleic acid methylation subtype. A: The red and blue bars represent hypermethylated CpG sites and hypomethylated CpG sites, respectively (FDR < 0.05 and |log2 (fold change [FC])| > 1). The vertical bar to the left of the heatmap indicates the significance of methylation sites in each cluster, with the red and blue bars representing significance and insignificance, respectively; B: Heatmap for the annotated genes of specific sites among three Deoxyribonucleic acid methylation clusters; C: Kyoto encyclopedia of genes and genomes pathway enrichment analysis of the specific methylation sites; D: Crosstalk analysis of the enriched Kyoto encyclopedia of genes and genomes pathways shown in the enrichment map.