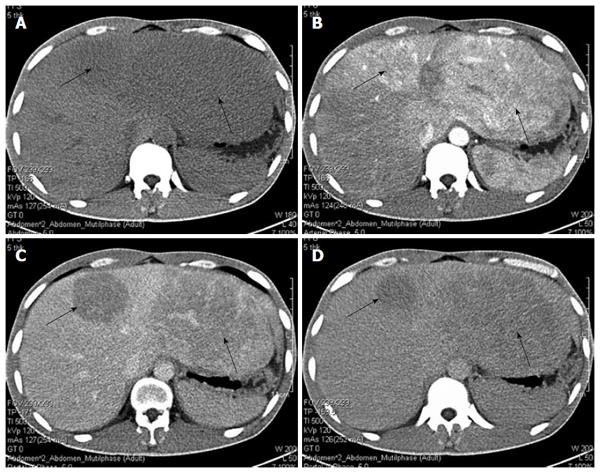 Figure 1 Computed tomography manifestation of the male patient. A: Low-density masses in the plain phase (black arrows); B: In the arterial phase, a strong contrast-enhancing effect with low-density in center was observed; C: In the portal phase, tumors had almost washed out the contrast agent, but a weak contrast-enhancing effect was sustained; D: Low-density masses in the delayed phase. 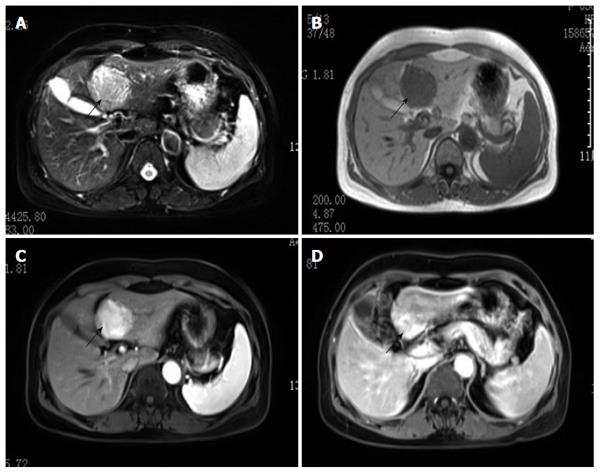 Figure 2 Magnetic resonance imaging manifestation of the female patient. The tumor had clear boundaries and showed high signal on T2WI (A, black arrow) and low signal in the plain phase (B); Hyperenhancement in the arterial phase (C) and delayed phase (D). 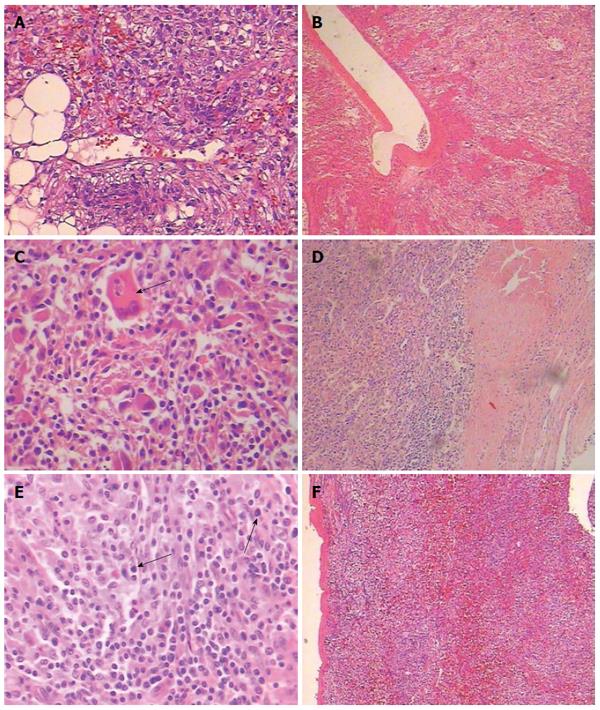 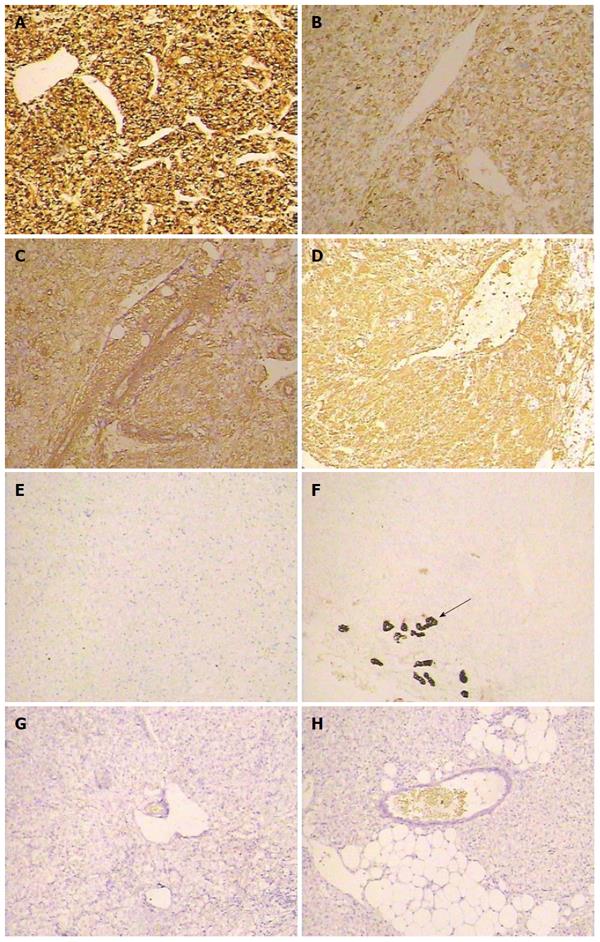