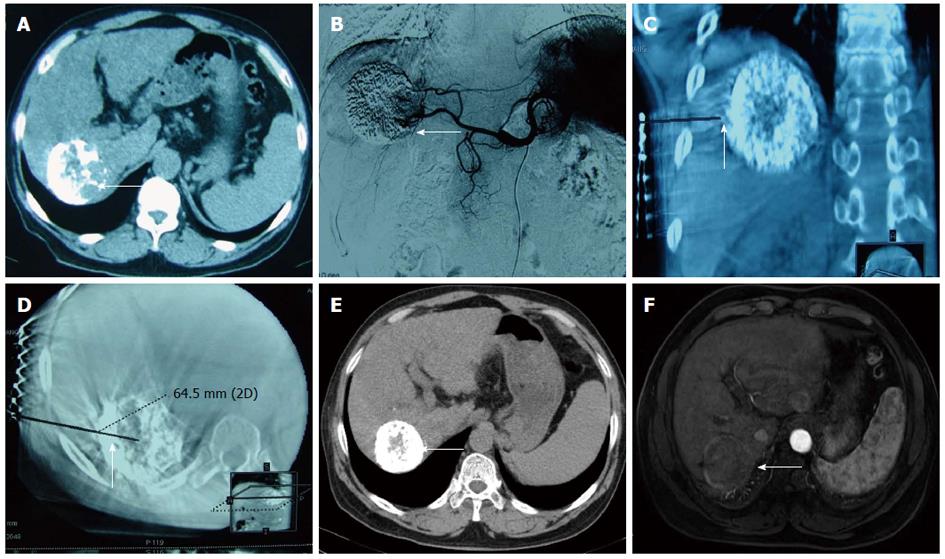 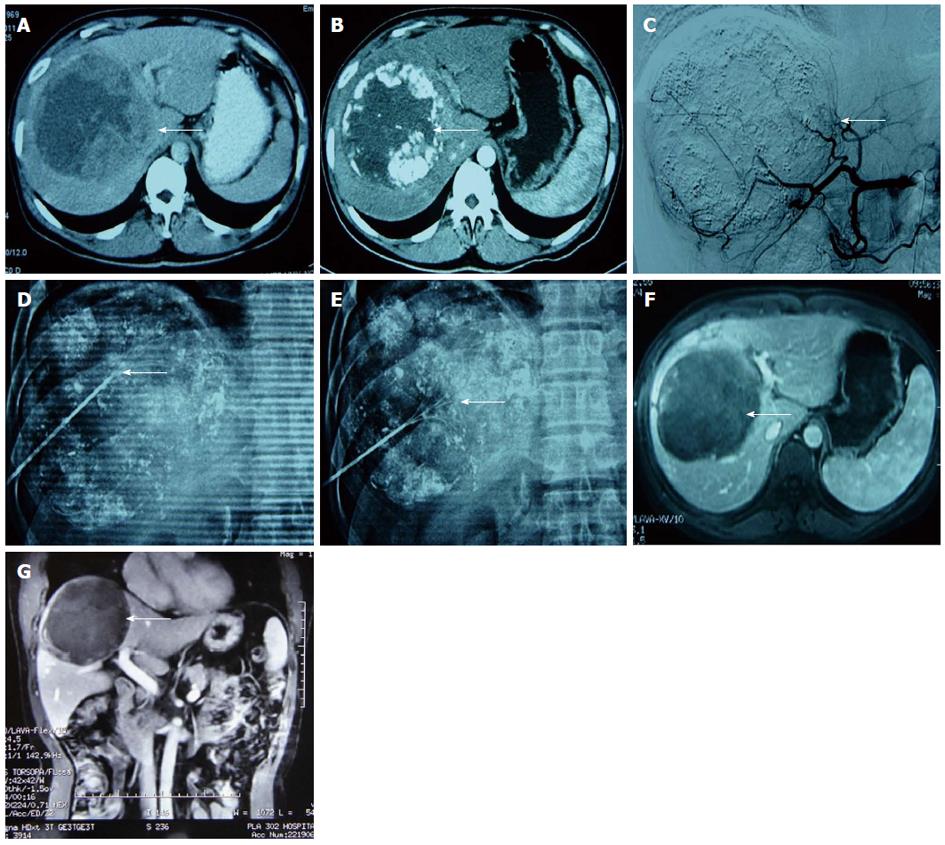 Figure 2 A male patient aged 42 years with poorly differentiated hepatocellular carcinoma. Computed tomography (CT) scan showed a residual lesion in the liver after first interventional therapy with α-fetoprotein (345 μg/mL). Thus, transcatheter arterial chemoembolisation combined with radiofrequency ablation (RFA) was performed. A: CT scan showed a large solitary tumor in the right hepatic lobe before interventional therapy (arrow); B: A lipiodol deposit appeared around the liver tumour after the first procedure. CT revealed an enhanced residual lesion in the artery phase (arrow); C: Hepatic artery angiogram before RFA showed staining of the residual lesion around the lipiodol in the liver (arrow); D, E: A multipolar probe with a maximum extended diameter of 5 cm, which could cover the residual lesion, was designed to perform RFA in the region labelled by lipiodol and the original lesion (lipiodol deposition area). A diaphragmatic dome was involved, and the puncture tunnel detoured the lung tissue under the fluoroscope (arrow); F, G: The hepatic lesion was well controlled, and no recurrence was found after 15 mo follow-up (arrow). 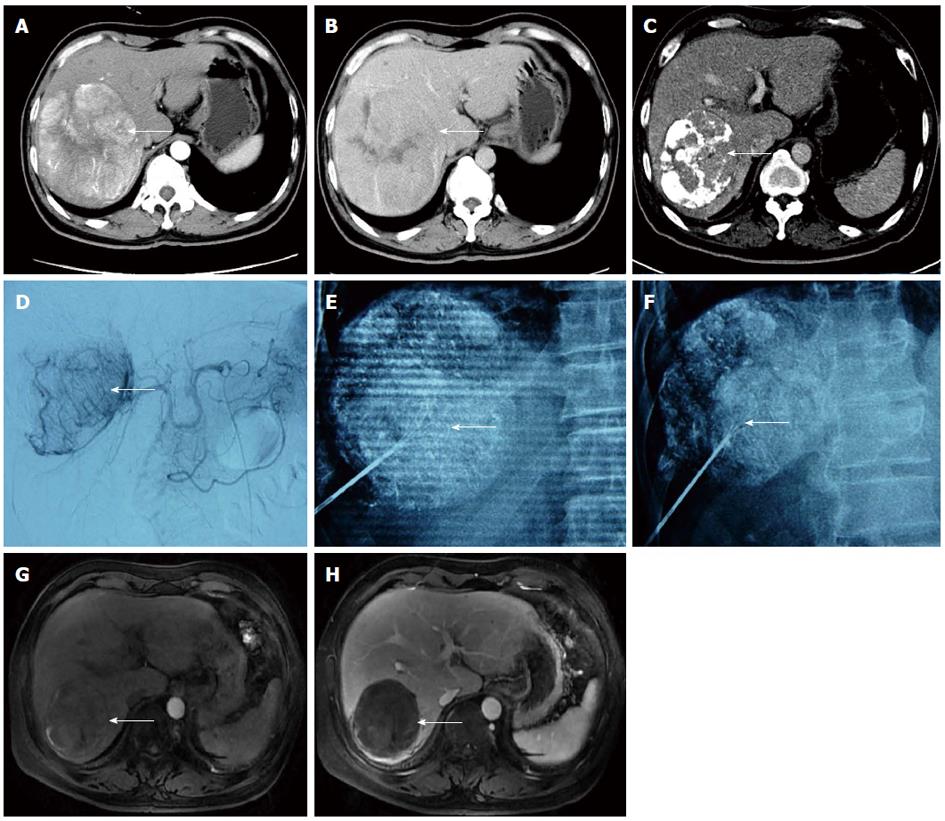 Figure 3 A male patient aged 53 years with a large lesion in the right lobe of the liver. A residual lesion was found after three cycles of transcatheter arterial chemoembolisation (TACE). TACE combined with radiofrequency ablation (RFA) was performed under the guidance of digital subtraction angiography-computed tomography. A, B: A large hypervascular hepatocellular carcinomas was observed in the right lobe (arrow); C, D: A residual lesion around the lipiodol deposit was still visible after three cycles of TACE (arrow); E, F: The lesion was successfully labelled after TACE. A multipolar needle was opened and rotated 70° to the left (E) and right (F) sides to verify whether the RF needle was in the center of the residual lesion (arrow); G, H: The large lesion was well controlled, and no recurrence was observed by magnetic resonance imaging during 13 mo follow-up after combination therapy (arrow).