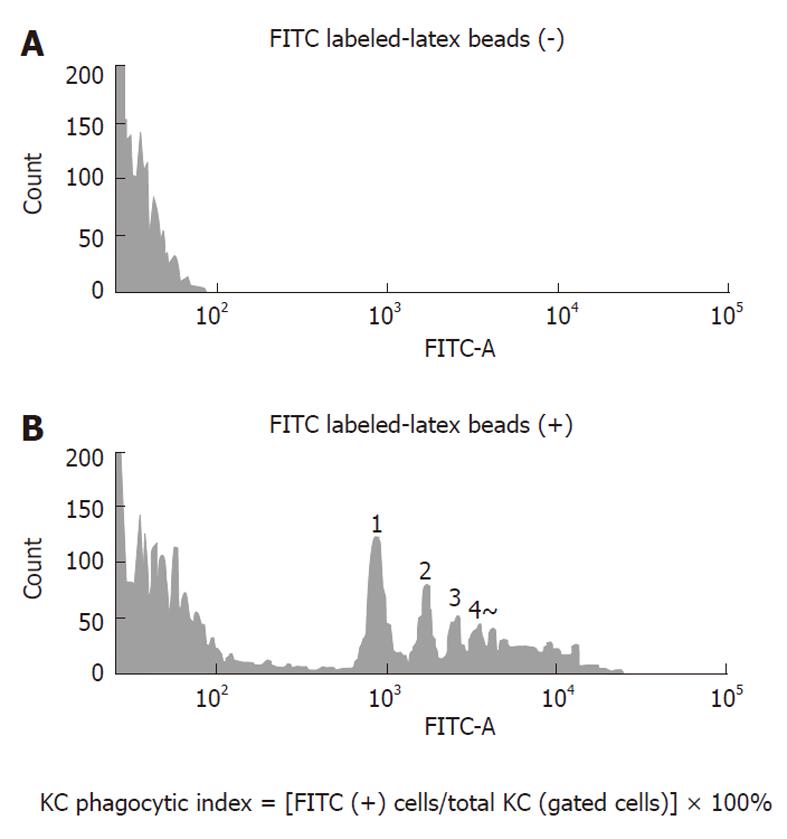 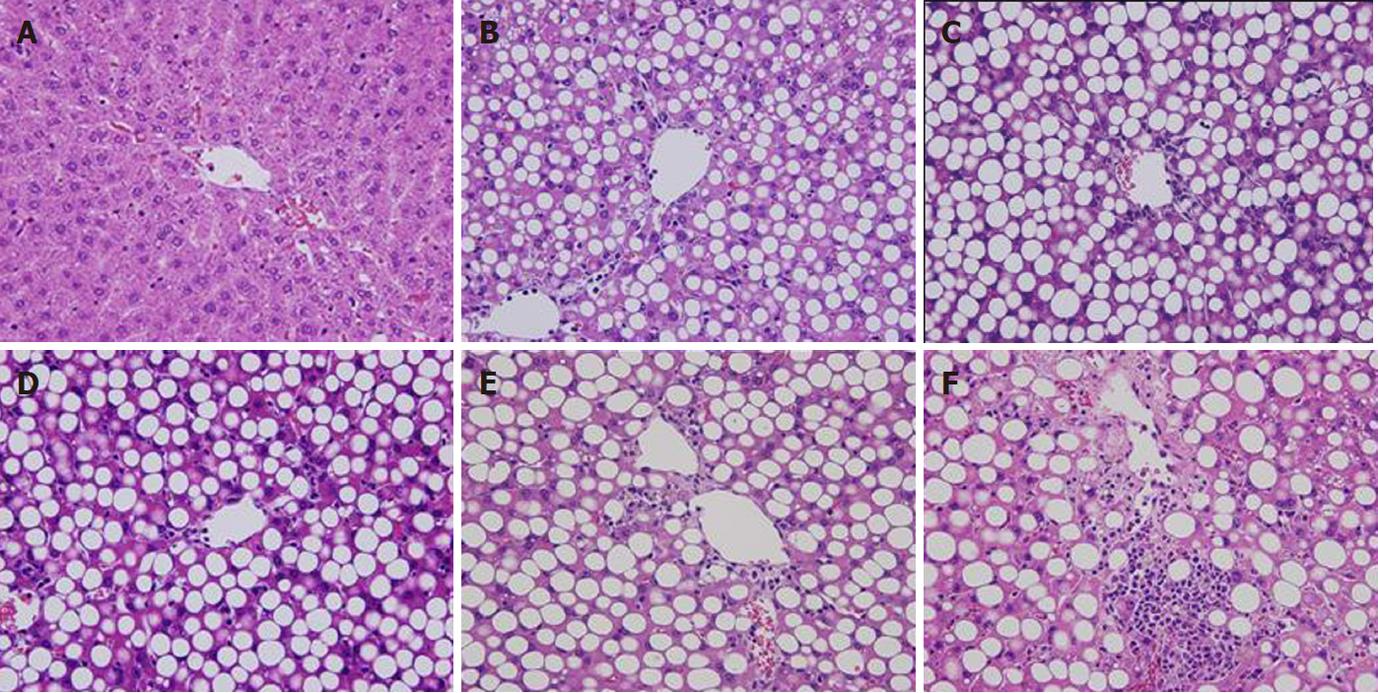 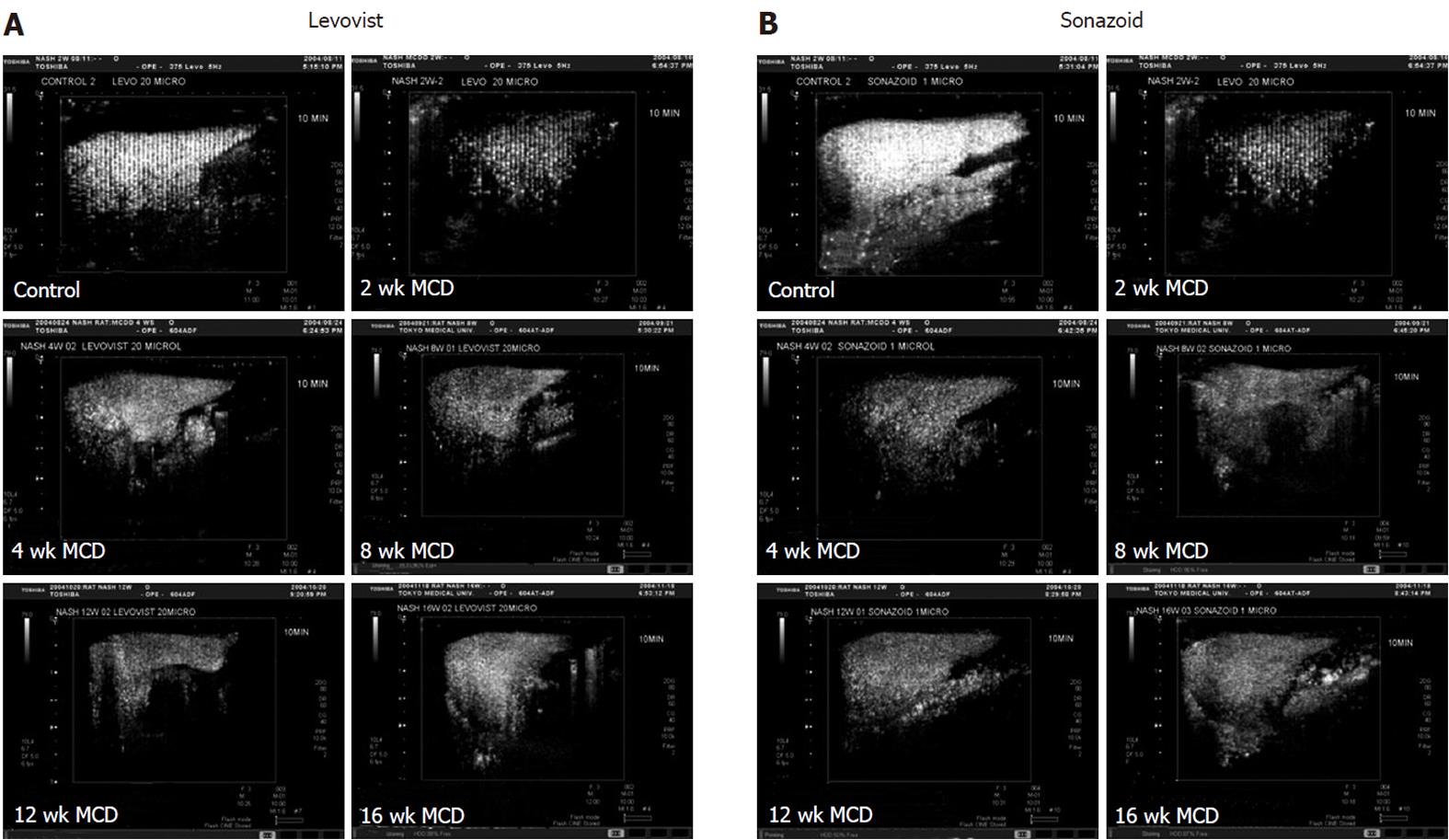 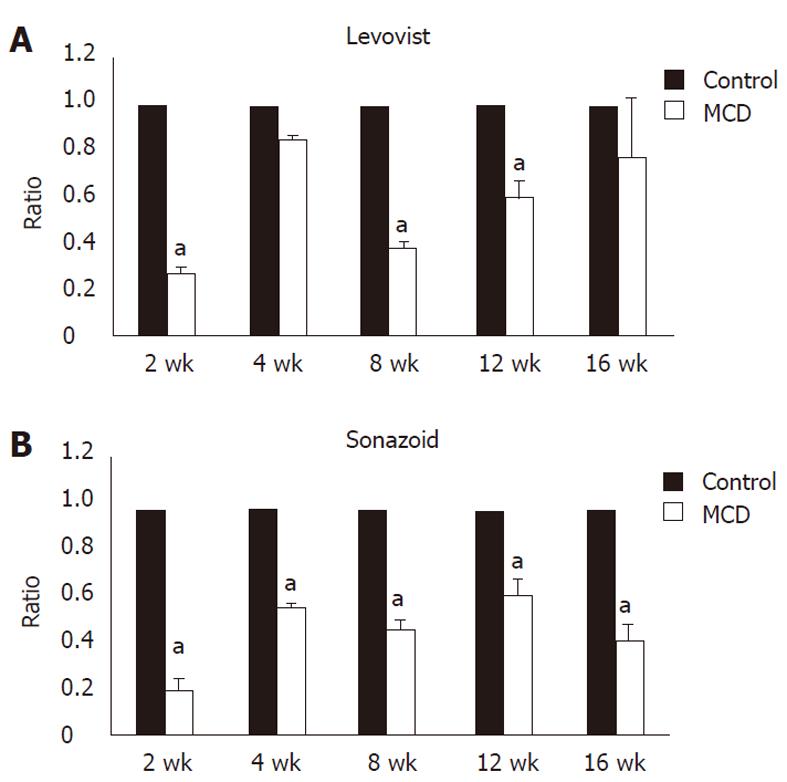 Figure 6 Fluoresceinisothiocyanate-labeled latex beads were injected through the tail veins of control and methionine choline-deficient diet rats. One hour later, small samples of the liver were snap frozen and sectioned using a cryostat. After immediate drying, unfixed tissues were observed by fluorescence microscopy. Note that there were fewer fluoresceinisothiocyanate-labeled latex beads in the livers from methionine choline-deficient diet (B) compared to the controls (A). Magnification: x 200.