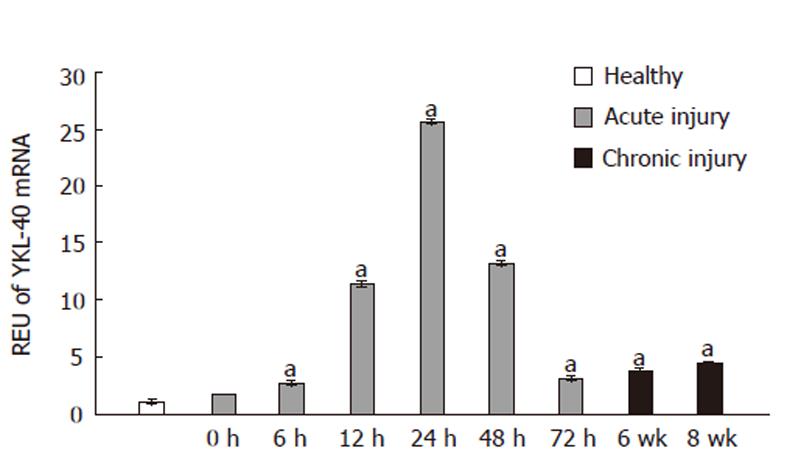 Figure 1 YKL-40 mRNA expression in whole liver tissue samples with acute and chronic injuries induced by CCl4. After acute injury, YKL-40 mRNA increased in a gradual and constant pattern and then fell to control levels. The maximum 26-fold increase was reached at 24 h in the acute damage model. For the chronic injury model, at 6 and 8 wk, YKL-40 mRNA levels were increased 7- and 9-fold compared to controls, respectively. aP≤ 0.05. REU: Relative expression units.

Figure 2 YKL-40 protein levels show a gradual increase. The maximum peak was at 72 h in the acute damage model and 6 wk in the chronic injury model, with 2.01 and 6.35-fold increases, respectively. bP≤ 0.05 respect to the control group. REU: Relative expression units. 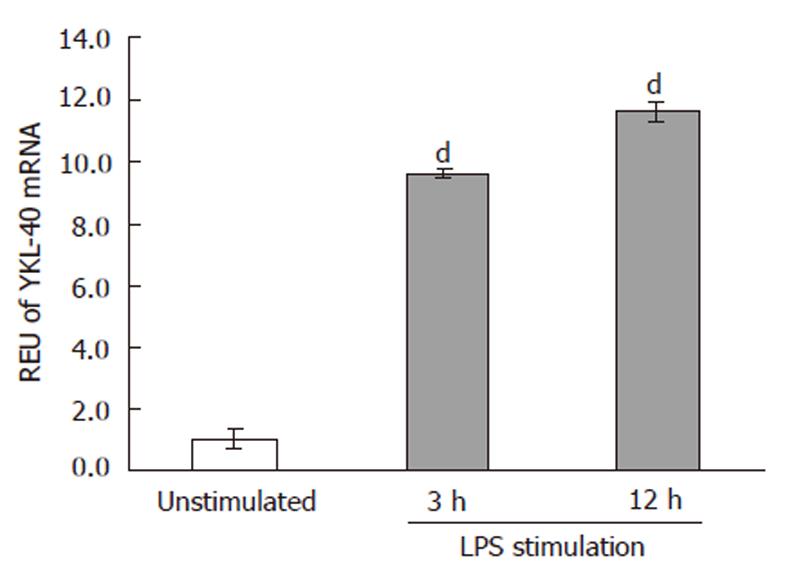