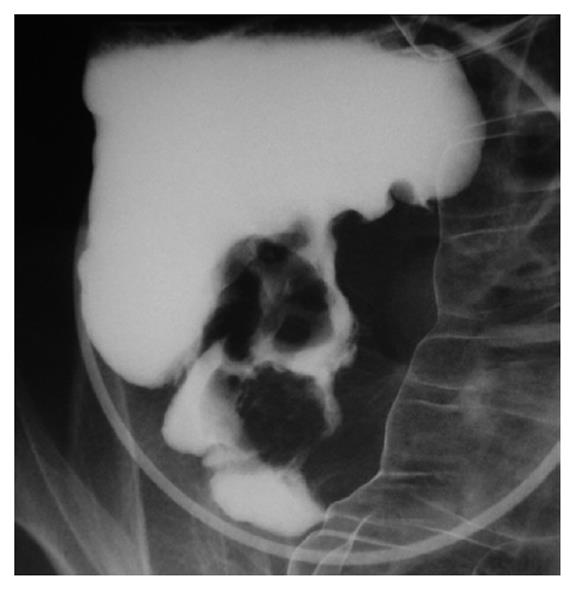 Figure 1 Barium enema findings. A filling defect caused by a tumor in the cecum was observed. 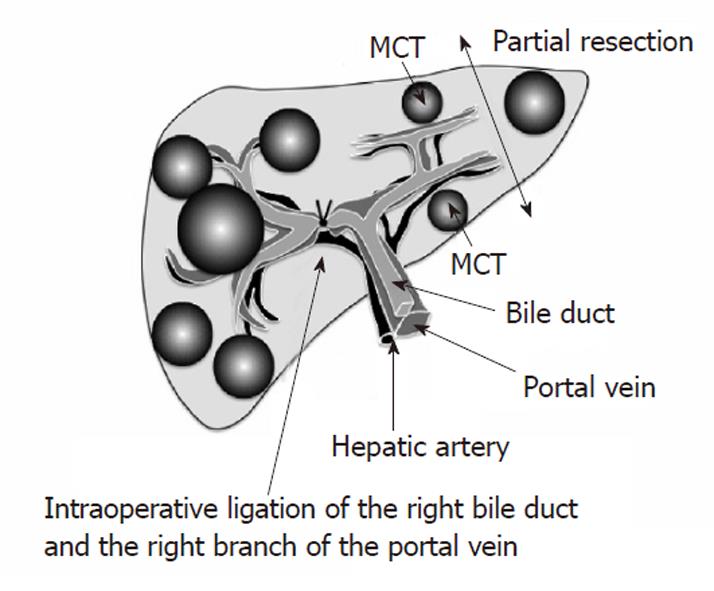 Figure 3 Initial operation scheme. Right hemicolectomy was performed. At the same time, the metastatic tumor in segment 3 was resected and the metastatic tumors in segments 2 and 4 were coagulated using MCT (90 W, 60 s). Furthermore, the right bile duct and right branch of the portal vein were ligated simultaneously. MCT: Microwave coagulation therapy.

Figure 5 Findings from contrast-enhanced computer tomography of the abdomen at 1 mo after surgery. The volume rate of the right hepatic lobe decreased to 44.3% and the volume of left hepatic lobe underwent compensatory hypertrophy. This liver volume shift was approximately 12% from the right to the left lobe. There were no viable tumors in the left hepatic lobe. 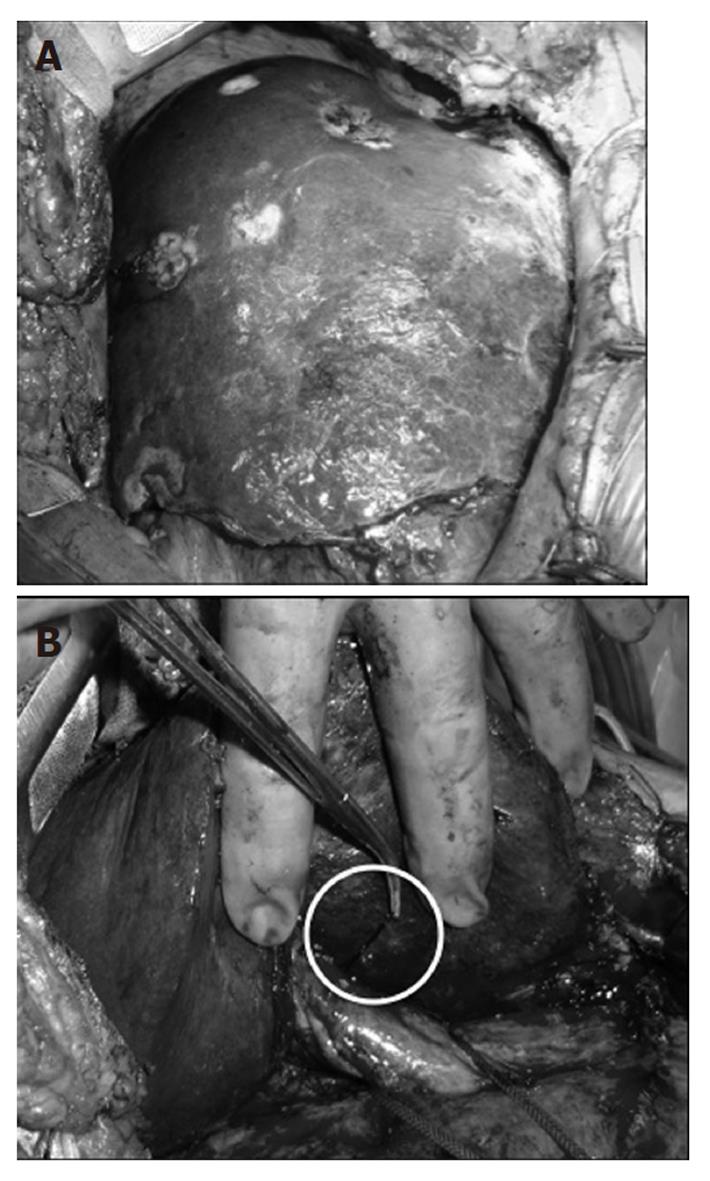 Figure 6 Intraoperative findings from the secondary operation. A: There were 10 nodules with 1-4 cm diameter in the right hepatic lobe; B: Resection was performed using the suture of the right bile duct and the right branch of the portal vein. 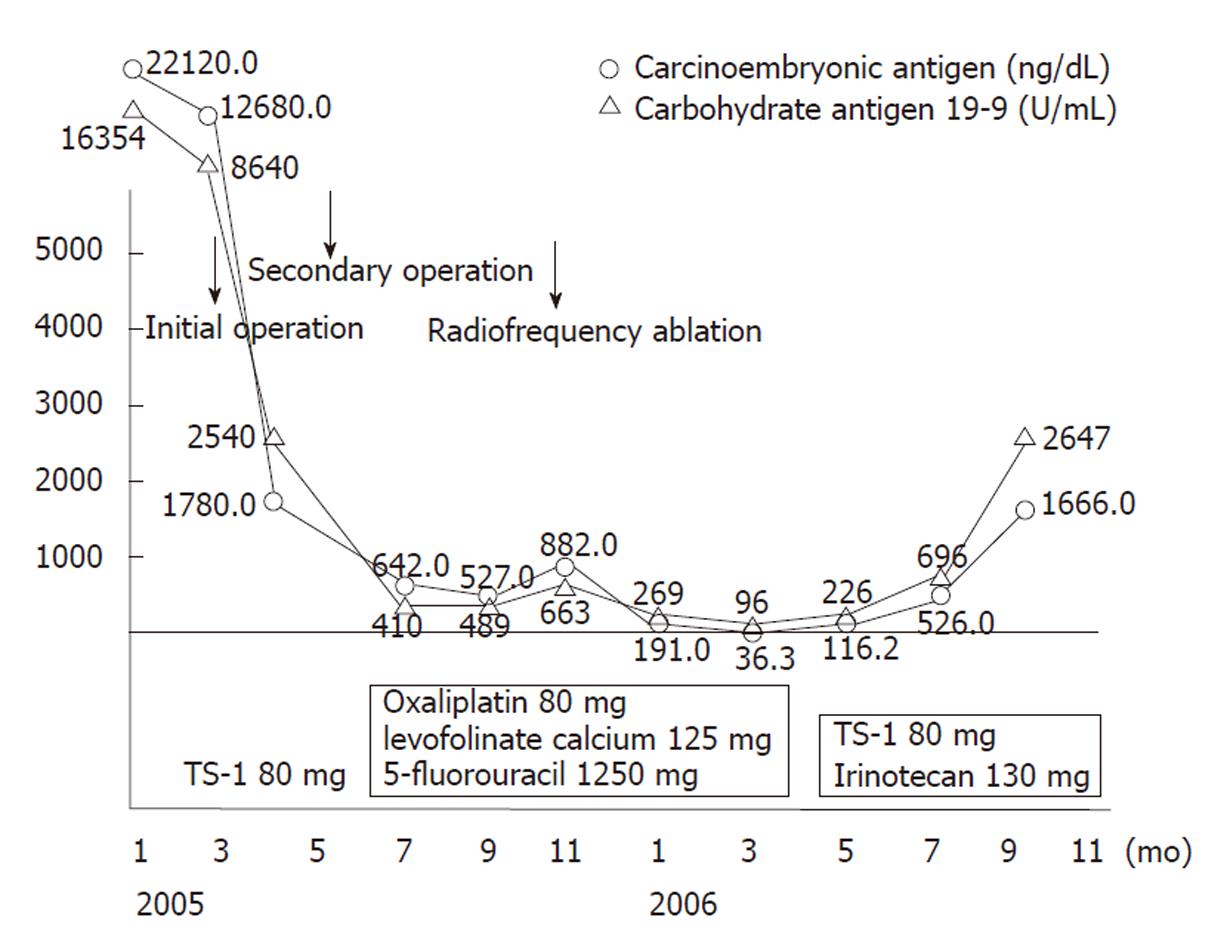 Figure 7 Postoprative course. The serum levels of carcinoembryonic antigen and carbohydrate antigen 19-9 decreased to 36.3 ng/dL and 96 U/mL, respectively. But further recurrence was observed in the remaining liver, and at 1 year and 8 mo after the initial operation, the patient developed liver failure and died. TS-1: Tegafur, gimeracil, and oteracil.