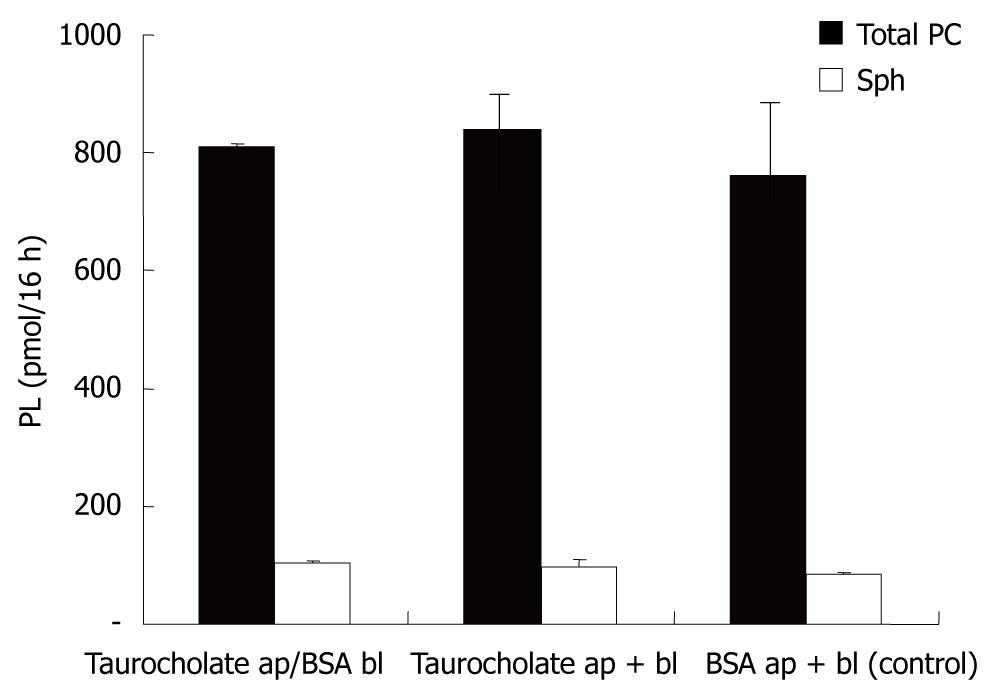 Figure 1 Release of phospholipids (PL) into the apical (bp) and basolateral (bl) media in the presence of BSA or taurocholate as solubilizing agents. The figure illustrates no differences in the amount of PC and Sph secreted regardless of whether taurocholate was applied only apically (left), both apically and basolaterally (middle) compared to control (right) (P = ns).

Figure 2 Temperature dependency of phospholipid (PL) secretion. Caco-2 cells were incubated either at 37°C or 15°C and secreted PC and Sph were measured. Both apical (A) and basolateral secretion (B) were drastically reduced at 15°C; apical PC by 68%, basolateral PC by 75%, apical Sph by 53% and basolateral Sph by 73% (aP < 0.05).

Figure 3 Time-course of phospholipid secretion. An almost linear secretion up to 12 h with some decline in secretion towards 24 h was registered. The average secretion rate of PC was 24.3 pmol/h on the apical side and 62.2 pmol/h on the basolateral side. Sph was secreted apically at 4.4 pmol/h and basolaterally at 7.4 pmol/h. The regression line for each setup was drawn. 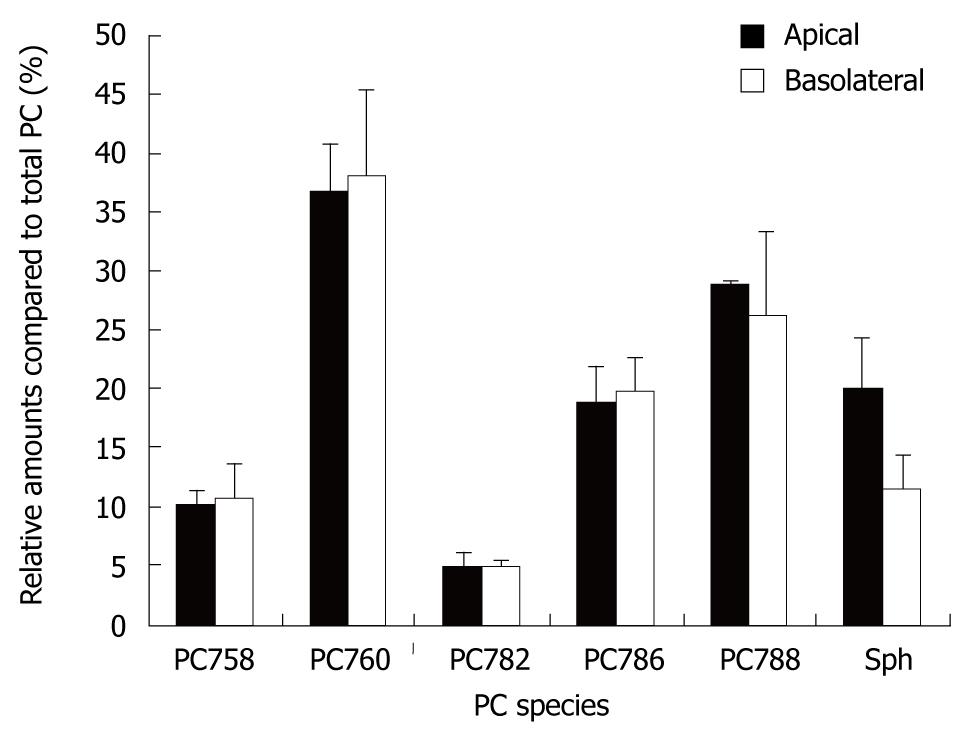 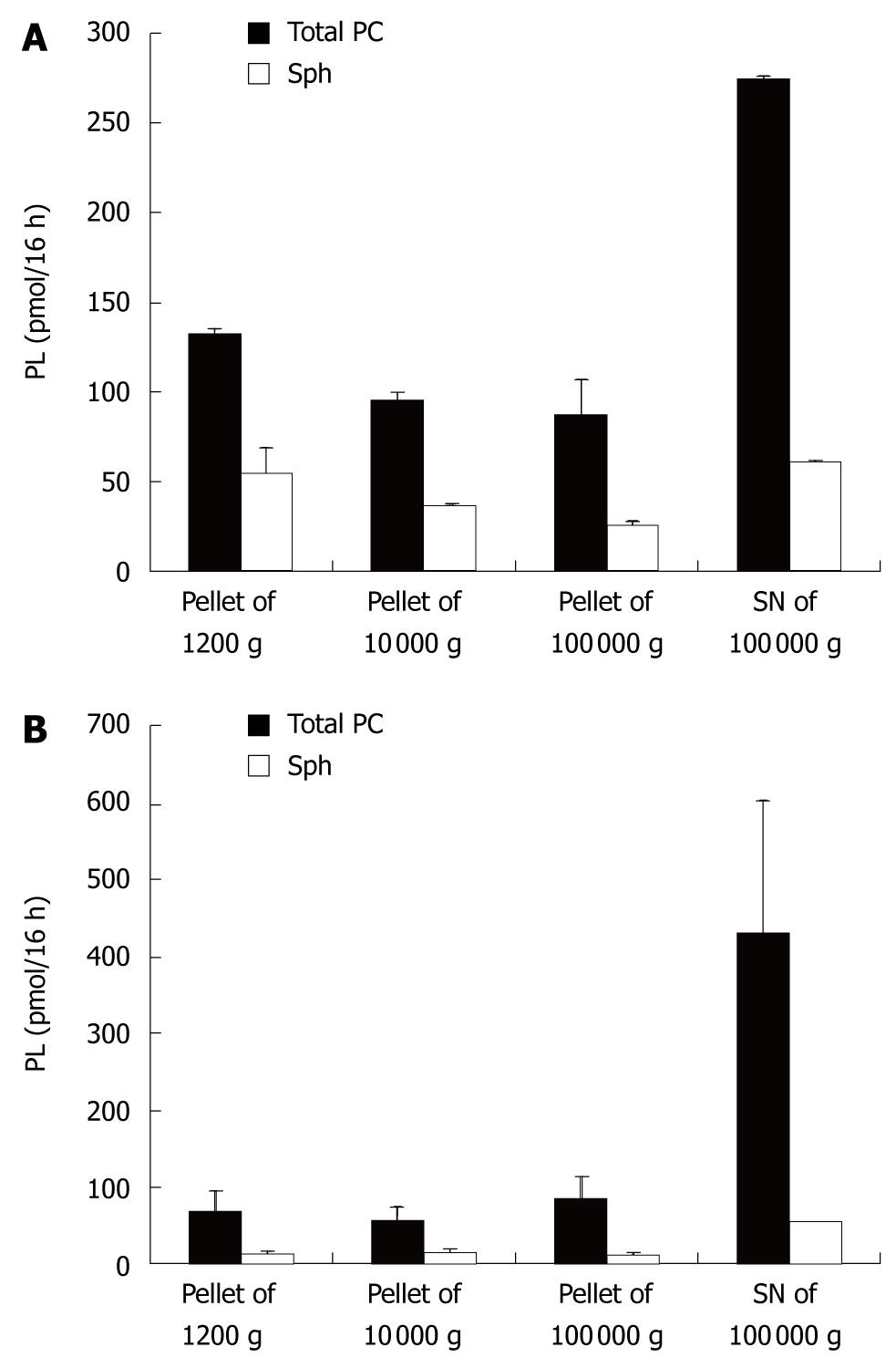 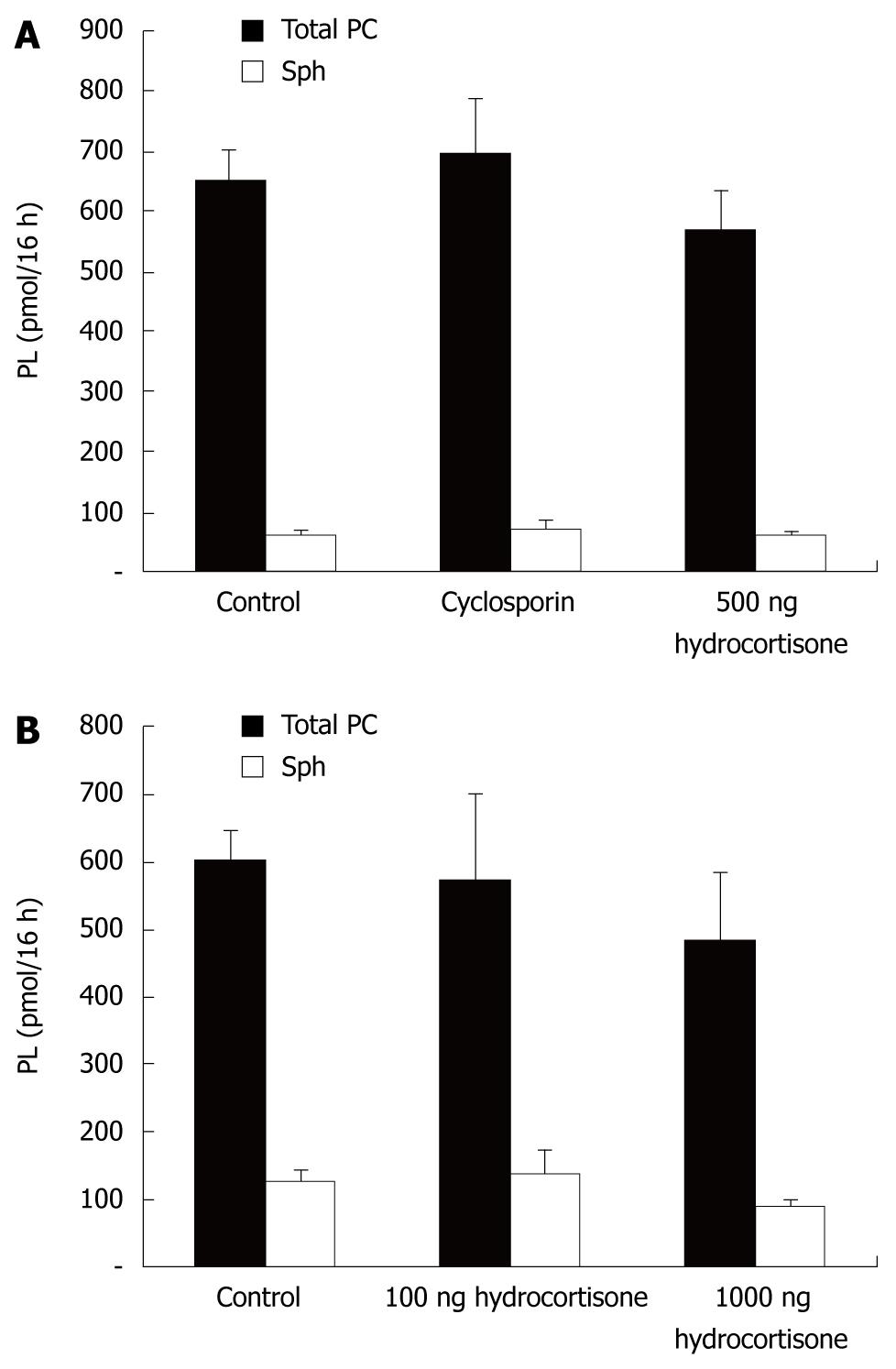