World Journal of Obstetrics and Gynecology (WJOG) is a new member of the World Series journals and is launched in June 10, 2012. WJOG is an open access peer-reviewed bimonthly journal that will cover obstetrics and gynecology including reproductive medicine. The intention of WJOG is to publish papers that describe and influence the situation all around the world. The journal will publish both basic research and well as clinical findings. The focus shall be on translational work. Please send your important findings and comments to WJOG.

I am Bo Jacobsson, MD, PhD, Associate Professor from the Department Obstetrics and Gynecology, Sahlgrenska University Hospital, Sweden (Figure 1) and the Editor-in-Chief of World Journal of Obstetrics and Gynecology (World J Obstet Gynecol, WJOG, online ISSN 2218-6220, DOI: 10.5317). I am very pleased to announce that the first issue of WJOG, for which preparation was initiated on November 30, 2010, is officially published on June 10, 2012. The WJOG Editorial Board has now been established and consists of 100 distinguished experts from 33 countries. Congratulations to the publisher, members of editorial board of the journal, all the authors and readers for this memorable event! 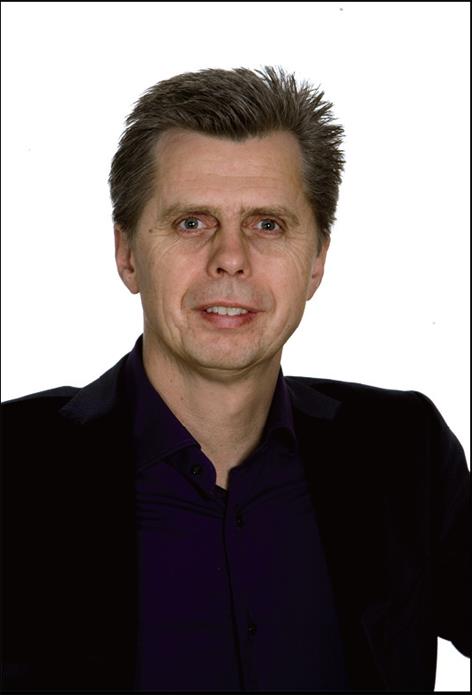 Scientific journals first emerged in the seventeenth century and have been the platform of scientific findings and discussions ever since. Man’s understanding of biology and society has developed through these journals. However, to get access to these publications it often used to require quite a substantial subscription fee. This has hindered the dissemination of scientific data and debate. The Open access (OA) concept has changed this. It is built on a different business model where the scientist pays a publication fee, retains copyright ownership and gets the data spread through the internet. This has opened up the availability to society and has strengthened democracy. Demands have been raised from most public funding agencies and other important organizations to make research accessible to the general public. Since most research today is financed by public means this has had a huge impact on the development of the concept of “OA”. The concept gives the reader worldwide the possibility to reach detailed scientific information providing they have access to Internet. This means that both a reader at a prestigious university, and a doctor in a low resource setting can gain access to same papers and information. It also implies that patients and the general public can more easily access scientific This has stimulated and strengthened the patient’s participation in important medical decisions concerning themselves and has strengthened the patient’s rights.

WJOG will focus on obstetrics and gynecology based on basic and clinical research. Only limited success has been achieved in understanding the basic mechanisms of the most common diseases in obstetrics and gynecology. The predominant problems in the obstetrical and gynecological area are related to clinical conditions that are classified as common and uncommon complex diseases. The greatest disease burden comes from pregnancy complications such as preeclampsia, intrauterine growth restriction, preterm delivery, and intrauterine fetal death. In the gynecological area the main diseases are the cancers of the reproductive tract, endometriosis, pelvic inflammatory disease, infertility and incontinence. All these conditions have a complex genetic and environmental origin. In obstetrics, analyses to find solutions for complex diseases are even more problematical since both the maternal and fetal compartments can influence the trait concerned. The contribution from the different genomes varies with individual pregnancy conditions. These are some of the challenges for the next century. I also envision a need for clinicians and basic scientists to jointly develop the classification of diseases, e.g., their phenotype. On the other hand, in 2010 a Nobel Prize was awarded in Reproductive Medicine for advances in assisted reproduction.

In order to guarantee the quality of articles published in the journal, WJOG usually invites three experts to comment on the submitted papers. The contents of peer review include: (1) whether the contents of the manuscript are of great importance and novelty; (2) whether the experiments are complete and described clearly; (3) whether the discussion and conclusion are justified; (4) whether the citations of references are necessary and reasonable; and (5) whether the presentation and use of tables and figures are correct and complete.

Columns in the issues of WJOG will include: (1) Editorial: To introduce and comment on substantial advances and their importance in fast-developing areas; (2) Frontier: To review the most representative achievements, comment on the current research status in important fields, and propose directions for the future research; (3) Topic Highlight: Three possible formats, comprising(A) 10 invited review articles on a hot topic, (B) a commentary on common issues around this hot topic, and (C) a commentary on the 10 individual articles; (4) Observation: To update developments concerning old and new questions, highlight unsolved problems, and provide strategies on how to solve the questions; (5) Guidelines for Clinical Practice: To provide guidelines for clinical diagnosis and treatment; (6) Review: To systemically review the most representative progress and unsolved problems in the major scientific disciplines, comment on the current research status, and make suggestions for future work; (7) Original Articles: To make original reports of innovative and valuable findings in obstetrics and gynecology; (8) Brief Articles: To briefly report novel and innovative findings in obstetrics and gynecology; (9) Case Report: To report a rare or representative case; (10) Letters to the Editor: To discuss and make reply to contributions published in WJOG, or to introduce and comment on a controversial issue of general interest; (11) Book Reviews: To introduce and comment on quality monographs in obstetrics and gynecology; and (12) Guidelines: To introduce consensuses and guidelines reached by international and national academic authorities worldwide concerning research in obstetrics and gynecology.

As the first Editor-in-Chief for WJOG, I invite you to publish your results and comments here. I am looking forward to your contributions to this field of science.