AIM: To review the experience on the use of endoscopic nasopancreatic drainage (ENPD) in the treatment of severe acute pancreatitis (SAP).

METHODS: Since March 1998, under the regular management of SAP with non-operative method, ENPD has been randomly used in 14 patients. The average age of the patients was 41.3 ± 15.9 (years), with 8 males and 6 females. The time from onset to admission was 32.9 ± 22.8 (hours). 8 cases were found to have gallbladder stone. The daily output of pancreatic fluid was measured. The body temperature, heart rate, WBC count, blood glucose, blood calcium, PaO2, blood and urine levels of amylase were detected on the fifth day and compared with their respective data on the first day. Therapeutic results and hospitalization times were recorded.

CONCLUSION: ENPD is an effective method for the drainage of pancreatic fluid and might have an important role in the treatment of SAP. Further observation, comparison and summary by this method are worthy to be considered.

Acute pancreatitis (AP) is a common clinical emergency. For the reason of urgency of episode, severity of patient’s condition, frequent complications and high mortality, extensive attention has been paid to severe acute pancreatitis (SAP) in clinical practice[1-10]. Since August 1995, we have adopted the principle of combination therapy mainly by non-operative methods, the therapeutic efficacy of SAP has been increased significantly and hospital stay has been shortened. Therein, the method of endoscopic naso-pancreatic drainage (ENPD) was used in 14 cases since March 1998,with significant results.

A total of 14 patients were treated, with average age of 41.3 ± 15.9 (27-77) years, 8 males and 6 females. From onset of the sisease to admission was 32.9 ± 22.8 (6-72) hours. In 8 cases (8/14, 57.1%), gallbladder stone was detected by B ultrasonography or computerized tomography (CT). All patients were diagnosed as SAP in accord with the diagnostic criteria set by Surgical Pancreatic Group of the Surgical Society of Chinese Medical Association[11,12]. Within 24 hours after hospitalization, their APACHE-II scores were ≥ 8, Balthazar CT grades ≥ II, and all accompanied by one or more organ dysfunction.

All patients in fasting were installed with gastric tube to decompress and drain gastrointestinal fluid, and were given oxygen therapy (nasal catheter oxygen inhalation, 5 L/min), prophylactic application of antibiotics and somatostatin (14 peptide or 8 peptide). At the same time, internal homeostasis including water-electrolyte balance, acid-base balance, and the change of organ functions such as heart, lung, liver and kidney were monitored. Proper supportive therapy was given on time if necessary.

After hospitalization, with the use of fiberoptive duodenoscope spectacle (Olympus TJF-30 model), nasopancreatic drainage-tube was inserted through the scope in the ward instantly after admission. The procedure was as follows: after intramuscular injection of 50 mg meperidine and 10 mg 654-2 with topical anaesthesia of throat, the endoscope was advanced to duodenum, searching for the papilla. Once found, it was observed about its shape, size, and position of the orifice. A tube was inserted into pancreatic duct for 5-10 cm through the orifice. The catheter was 1.95 m in length, 1.95 mm in outside diameter and 1.70 mm in inside diameter with 3 to 5 side holes near the distal end. If pancreatic juice cound be drawn out, it indicated that insertion of the catheter was successful. The endoscope was then withdrawn and the drainage tube was guided from oral cavity to nasal cavity by a guiding catheter and fixed. Thereafter, the patency of the nasopancreatic tube was closely observed daily and was washed with gentamycin saline solution if necessary. When the abdominal symptoms and signs subsided, the tube was pulled out.

Volume of the drainage from nasopancreatic tube was observed and recorded everyday. The body temperature, heart rate, WBC counts, blood glucose, blood calcium, PaO2, and blood and urine levels of amylase were surveyed on the fifth day and compared with that on the first day. The therapeutic results and the time of hospital stay were recorded.

All data were expressed as mean ± standard deviation, and t-test was used for statistical analysis. 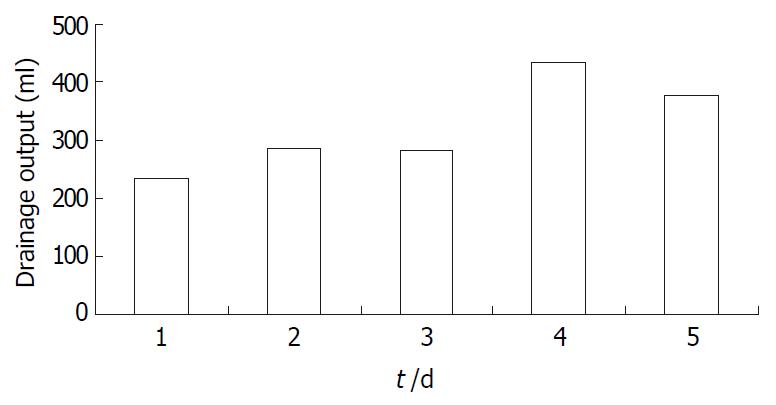 Figure 1 The drainage output of pancreatic fluid during the first five days. 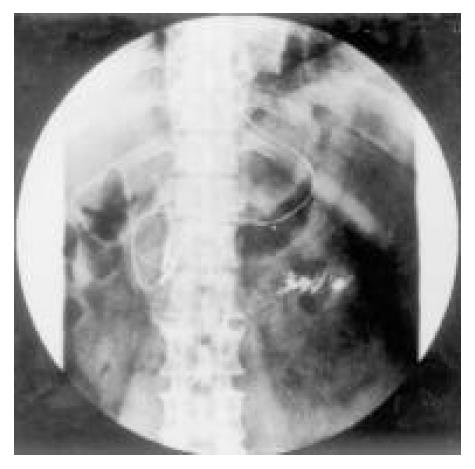 Figure 2 The radiogram of naso-pancreatic catheter in a patient.
Changes of the relevant monitoring indices

The decrease of body temperature, heart rate, WBC count, blood and urine levels of amylase and the increase of PaO2 were significant on the fifth day when compared with that on the first day. The change of blood glucose or blood calcium had no significant difference. The details were shown in Table 1.

Therapeutic result of treatment and time of hospital stay

Bacterial infection of pancreatic necrosis was found in one patient and controlled after changing the anti-infectives. Cholecystectomy was performed in 6 patients with cholecystolithiasis before discharge. All patients were cured and the time of hospital stay was 28.1 ± 11.6 days.

There has been a steady increase in the incidence or the admission rate of AP[13-15]. Generally, it is recognized that the pathogenesis of AP is correlated with the common channel of biliary and pancreatic ducts which is also called the common biliary pancreatic duct. The most common cause (60%-80%) is gallbladder stone and alcoholism[16]. The former cause was more extensively studied than the latter. Incarceration by the calculus which enters the common channel and/or the inflammatory reaction and tissue edema caused by the passage of the calculus have often been proposd as the mechanism of AP and we name this type of AP the gallbladder stone-originated AP.

Nevertheless, the experiment of Lerch, et al[17] made it clear that both pancreatic duct ligation alone and common biliary pancreatic duct ligation could cause the occurrence of AP, with pathological changes of similar severity. This result suggested that pancreatic duct obstruction, especially increase of pancreatic intraductal pressure was the main factor of the occurrence of AP. It may be the main mechanism in patients suffering from AP with or without cholecystolithiasis. Pancreatic ischaemia has an important role in the pathphysiology of AP[18,19]. Shi and his colleagues[20] reported that pancreatic duct obstruction was the first step causing ischaemia in AP and early decompression of the pancreatic duct prevented the early pancreatic ischaemia. The study of Choudari, et al[21] proved that improving drainage of the pancreatic ductal system by endoscopic means effectively relieved the pain and reduced the number of attacks of pancreatitis in the majority of patients with heriditory pancreatitis. Aiming directly on this mechanism, we used the method of ENPD in treating SAP patients. All the patients accepted the routine non-operative therapy. Amelioration of abdominal symptoms and signs was very rapid with the drainage. Comparing with that on the first day, the decrease in body temperature, heart rate, WBC counts, blood and urine levels of amylase and the increase in PaO2 were significant on the fifth day. Although blood glucose decreased and blood calcium increased, but they had no statistic significance. Bacterial infection of pancreatic necrosis was found only in one patient and was controlled after changing the anti-infectives. All 14 patients of this group were cured.

Studies have shown that duration of the obstruction of common biliary pancreatic duct was related directly with the severity of pancreatic necrosis and prognosis of the patient. Removal of the obstruction or decreasing the pressure on time can prevent the appearance of pancreatic necrosis or its further development. The earlier the time of removal of the obstruction or decreasing the pressure, the better the prognosis[16,22-24]. Beger, et al[25] found that if the course of AP was longer than 3-4 d, the pancreas would necrotize irreversibly. It is important in the therapy of SAP to remove the obstruction or lower the high pressure of the pancreatic duct as early as possible. The time from onset to admission was 32.9 ± 22.8 (6-72) hours in this group and the application of ENPD was carried out in the ward immediately after the admission. This is another important factor to get the curative effect.

This is our preliminary experience of the clinical application of ENPD in the treatment of SAP. The real value of this this therapeutic modality should be further studied by strict randomised control study.