Surgical specimens were obtained from ileum of 25 cases of CD (25 ileum) and 10 normal subjects (from sudden death and who received surgery for intestinal neoplasm). The specimens were fixed in 10% formalin and embedded in paraffin. Sections with thickness of 4ìm were made continuously.

Olympus CH light microscopy with occular linear micrometer and double quardral grid test system C64 (from the Academy of Military Medical Sciences) were used to measure immunoreactive neurons and nerve fibers in 10 × 40 high power field. The point count method was used[2]. Fifteen neuron cells (with nucleus) were examined at random, the maximal diameter of each was measured and the values were averaged. The total length of all immunoreactive nerve fibers was measured separately in the mucosa and the length was estimated per unit area ( μm/μm ) which was expressed as linear density ( Lv% ). In the submucosa and the muscle layers, the total volume of the immunoreactive neurons together with the nerve fibers was measured and the volume was estimated per unit which was expressed as volume density ( Vv% ). The numbers of SS, serotonin immunoreactive cells and a rgyrophil cells in the mucosa were counted at random in 10 high power fields of each case. The results averaged.

Results were analysed by t and t’test. 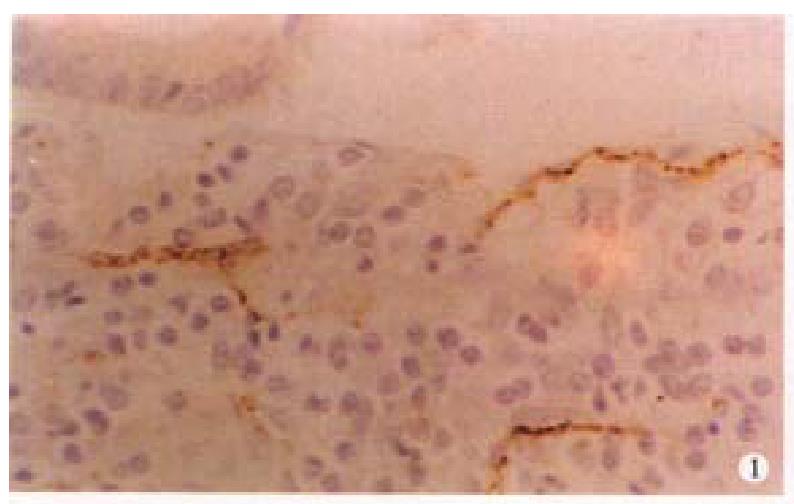 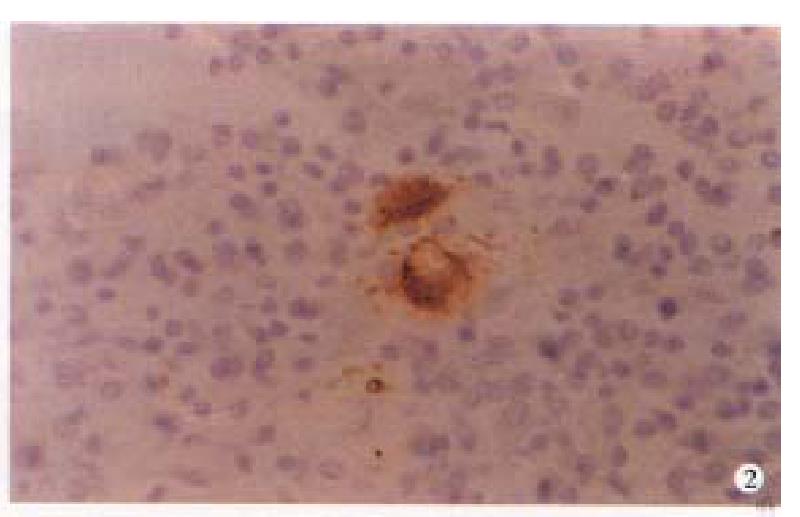 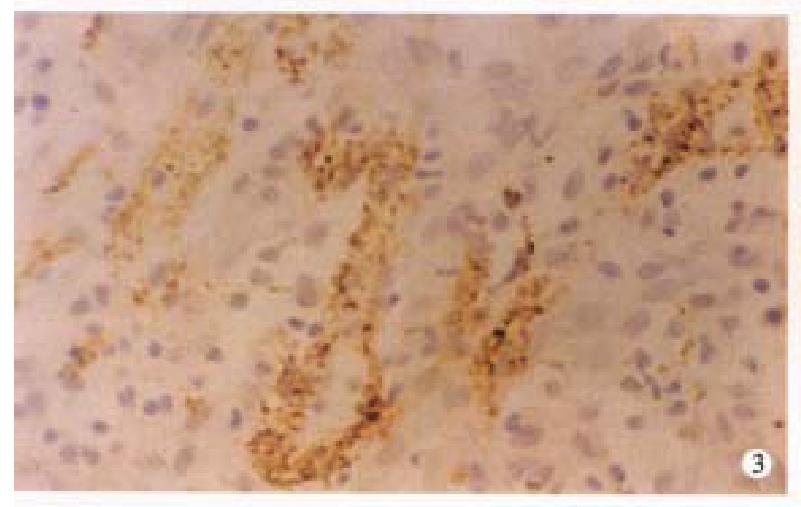 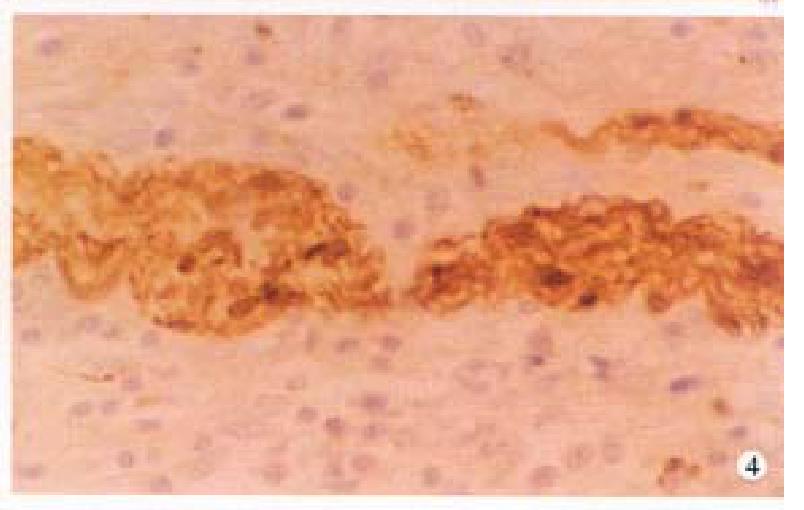 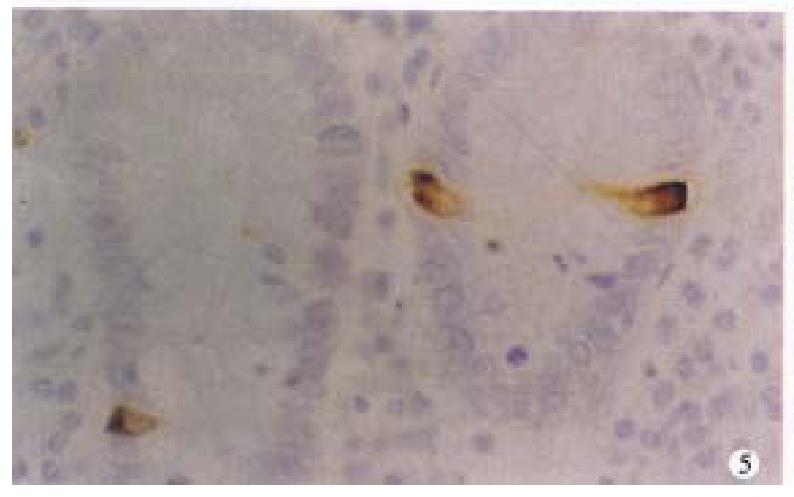 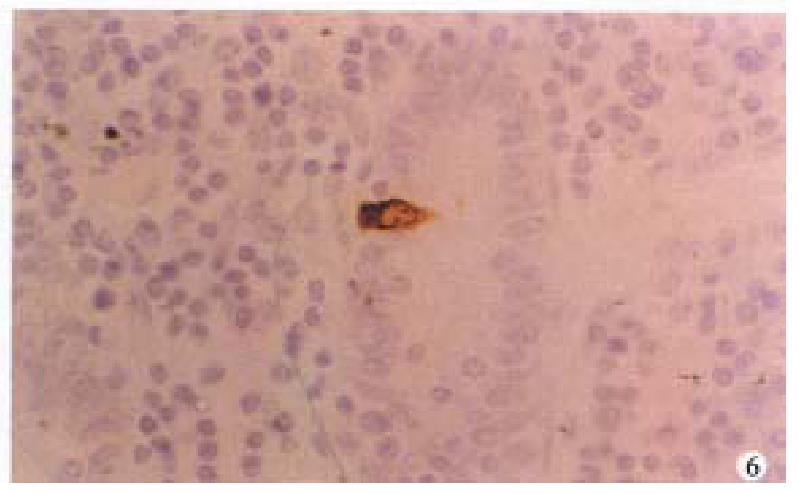 In CD, there had been several reports about the morphological alterations in the enteric nervous system. Dvorak et al[3] described the changes in enteric nervous system in the surgical specimens from patients with CD including proliferation and focal necrosis of nerve fibers and hypertrophy of neurons in the myenteric plexus. Bishop et al[4] and Sj-lund et al[5] assessed the alterations of VIP-IR enteric nerve fibers in CD observation and counting. In the study, we used the histomorphometric analysis to obtain objective information about the changes in the immunoreactive enteric nervous system in CD. We found that in the submucosal plexus the VIP containing neurons were mar kedly hypertrophied, the linear density of VIP-IR nerve fibers in the mucosa and the VIP-IR neuron nerve fiber volume density in submucosa were significantly increased. The results were consistent with that of Bishop et al[4] and O’Morain et al[6] who measured by immunohistochemistry and radioimmuno assay, but different from that by Sj-lund et al and Koch. By immunohistoche mistry, Sj-lund et al found that in unaffected muscle layer of the ileum and the affected muscle layer of colon, the VIP-IR nerve fibers were reduced. The coarse VIP-IR nerve fibers were more frequently observed in the affected mucosa of ileum and in the affected muscle layers of the colon than those in the control. El-Sathy et al[7] reported that the areas of the argyrophil cells as well as those immunoreactive to chromogranin A and serotonin were significantly increased in both patients with UC and CD, compar ed with those in the controls. In patients with CD, the areas of polypeptide YY (PYY) and pancreatic polypeptide (PP) immunoreactive cells were significantly reduced. In this study, we also found that SS and serotonin containing cells and argyrophil ones were reduced in CD. These diversities among different investig ators may be due to the various locations selected the difference in degree of activity and the methods used.

This paper shows that VIP immunoreactive neurons and nerve fibers are increased whereas the immunoreactive cells containing somatostatin and serotonin are reduced, suggesting that there be abnormalities in neuroendocrine system in CD which may play an important role in the pathogenesis of CD.