AIM: To investigate the activation, expression of c-src gene and its role in the carcinogenetic process of human cardia adenocarcinoma (CA).

METHODS: Fifty-six cases of CA, 34 cases of normal, 36 cases of protife rative epithelia adjacent to carcinoma, and 20 cases of lymph node metastases of CA were studied for PP60c-src, the expression product of c-src gene immunohistochemically by using the specific monoclonal antibody, Mab327.

CONCLUSION: The activation and expression of c-src gene are associated with the initiation and development of human CA; the protein amount of PP60c-src increased during the process of carcinogenesis; and PP60c-src expression is also related to lymph node metastases.

There is a general tendency in gastric cancer that the incidence rate of cardia adenocarcinoma (CA) is increasing steadly, and cancer of the distal stomach is decreasing proportionately. The biological and epidemiological features of CA are distinct from those of the distal stomach, and the underlying cause remained unelucidated[1-3]. PP60c-src is the product of c-src gene pos sessing the activity of tyrosine kinase. Increased expression of c-src gene had been reported in some human sarcoma and cancers of breast[4], esoph agus[5], stomach[6] and colon[7], and the activation and expression of c-src gene might be associated with the initiation and devel opment of some cancers. Our previous study showed the activation and expression of c-src gene was associated with the development and differentiation of esophageal squamous cell carcinomas[8], we believed that s imilar changes might occur in cancer of cardia, therefore, the following study was carried out.

All 56 cases of CA samples were collected from the CA patients surgically treated in Yanting Institute of Cancer Prevention of Sichuan Province. All tissue specimens were routinely processed, formalin-fixed and paraffin-embedded, at least 2 serial paraffin sections of 4 μm-6 μm thickness were made, one was stained with hematoxylin and eosin (HE) and the other was use d for PP60c-src protein detection by immunohistochemical staining.

PP60c-src protein was detected immunohistochemically with LSAB method according to the manufacturer’s instructions with slight modification. Briefly, the tissue sections were deparaffinized and rehydrated through graded alcohols, and digested with trypsin. Then, endogenous peroxidase activity was blocked with 3% H2O2, and after treatment with normal serum, the sections were incubate d with Mab 327 at a dilution of 1:100 overnight at 4 °C, with biotinylated second antibody 20 min, and with streptavidin peroxides 30 min at room temperature. Subsequently, the sections were subjected to color reaction with 0.02% 3, 3-diaminobenzidine tetrahydrochloride containing 0.005% H2O2 in PBS (pH 7.4), and were counterstained with hematoxylin lightly. In each staining run, a known PP60c-src positive sample was added as positive control, and a section of the same sample was incubated with PBS instead of Mab327 as negative control.

Histopathological diagnosis for CA and related lesions were made, and the histological types of CA were examined by 2 expierenced pathologists according to the given criteria[8].

Localization and distribution of PP60c-src 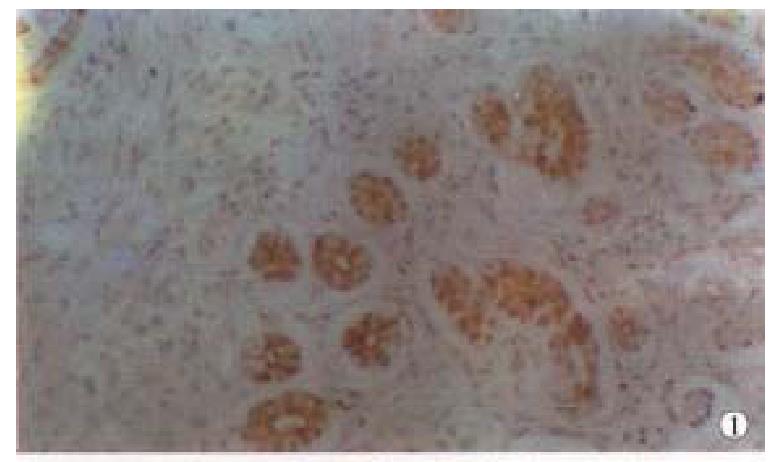 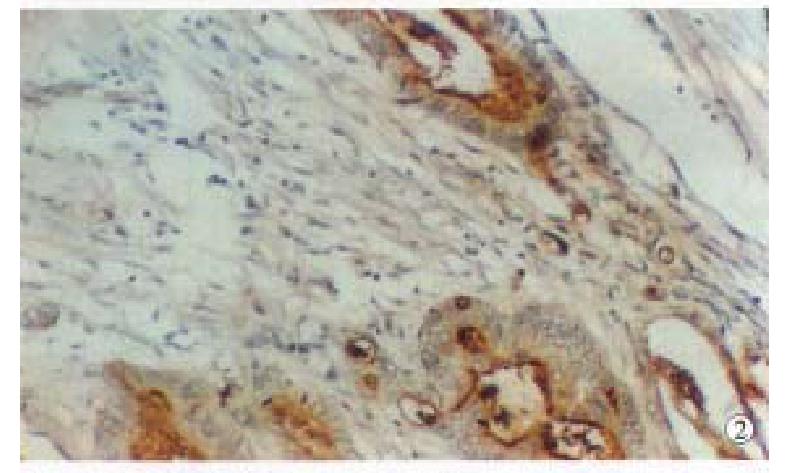 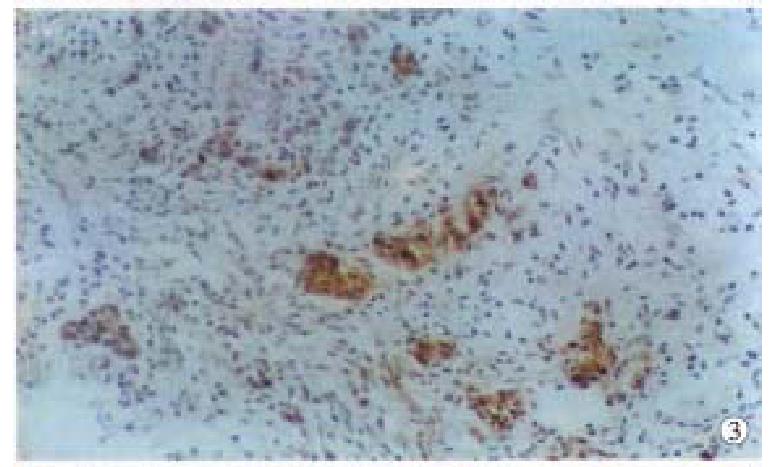 Figure 3 The expression of PP60c-src in the poorly differentiated adenocarcinoma. LSAB × 200
PP60c-src expression in CA and in the related lesions

The positive rate of PP60c-src expression was 60.0% (12/20) in 20 case s of metastatic lymph node (Table 1), among them, the positive ones in papillary, tubular, poorly differentiated and mucous adenocarcinomas were 2/2, 2/4, 6/12 and 2/2, respectively; the expression intensity of P P60c-src in CA with lymph node metastases was the same as those without (Figure 4). 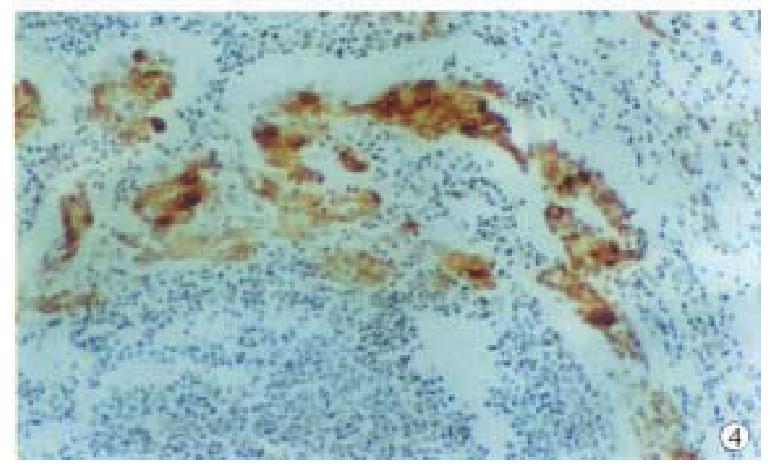 Figure 4 The expression of PP60c-src in the lymph node metastasis of CA. LSAB × 200
DISCUSSION